Years and years ago I watched an episode of South Park – the cartoon about four American middle-school boys that are incredibly rude, but also very insightful. The episode was about Canada (all of it) being on strike because Canadians wanted more money (from the internet or something).
In the episode Danish people were immigrating to the United States to replace Canadians as they considered themselves the ’Canadians of Europe’.


In typical South Park fashion the Danish immigrants explain this by saying:
‘Well, where we come from it is pretty cold too, jaaaa. We like hockey and nobody really pays any attention to us.’
‘Nobody knows what Denmark is’
‘So when you think about it, we are the Canadians of Europe’
I’ll never forget that particular episode as I had recently met the Canadian guy, who would later become my husband. So I paid extra attention and thought it was hilarious. We met in Denmark and at this point I’d never been to Canada. I didn’t know much about Canada at all. As I soon found out, nor did anyone else in Denmark. From my well-educated boss who was certain that all Canadians speak French, to the lady at the post office who wouldn’t listen to me when I explained several times that the package I was sending was not going to the United States, but to Canada. She was convinced that Canada was part of the United States and she wasn’t alone. I have met numerous people from Europe who think just that.

A Canadian person will get very defensive, if you tell them this, and say that people who don’t know anything about Canada must be stupid and uneducated. Yet, I am not offended when someone asks me where I am from and look completely puzzled when I tell them.
‘Denmark? What’s that? So do you speak Dutch in Denmark? Is Denmark in Sweden?’ They might say. I will gladly answer any questions. I can’t name the provinces and territories of Canada, so I’ve no right to be offended if people don’t know anything about a tiny little country that sits on top of Germany.

To make a long story short, I remember the episode from South Park for another reason too. There’s a speck of truth to the claim that nobody pays attention to Canada and Denmark, except for those of us who live in either one or has some other connection to either country. And silly as it may be – as I am talking about South Park – that little sentence made me feel that there was a connection between the two countries.
But that is where a lot of the similarities end; hockey isn’t huge in Denmark (that’s in Sweden, folks). Like most Europeans, Danes like soccer (fodbold) but they aren’t as obsessed with it at Canadians are about hockey. Also, it isn’t really that cold; the average temperature in Copenhagen in December is 2°C (36°F). 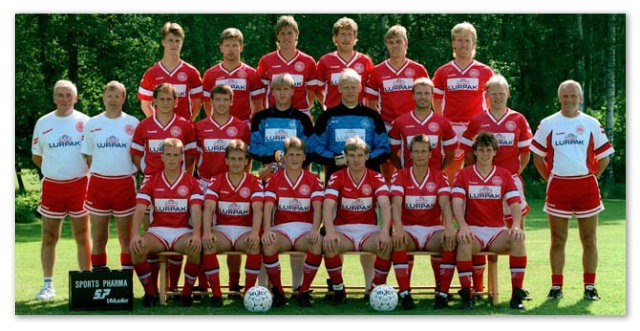 What I didn’t know when I watched the South Park episode all those years ago, was that I would later live in Canada and living here means adapting to Canadian culture. I realize that moving from one western culture to another might not be as different as moving to South East Asia or something, nevertheless there are many differences that I’ve had to get used to while adapting to Canadian culture.

Denmark is one of the most secular countries in the world, although every little town has its own church – with actual chiming church bells – and people pay a small church tax (unless they opt out, which most people don’t). Most Danish people only go to church at Christmas, for funerals, weddings, christenings/baptisms and confirmations. The last two might surprise you, because why would people get christened – and later when they are old enough (aged 13-14) – get confirmed, when they are not particularly religious? All I can say to that is that the Danes are a traditional bunch, which isn’t surprising considering the long history of the world’s oldest kingdom. 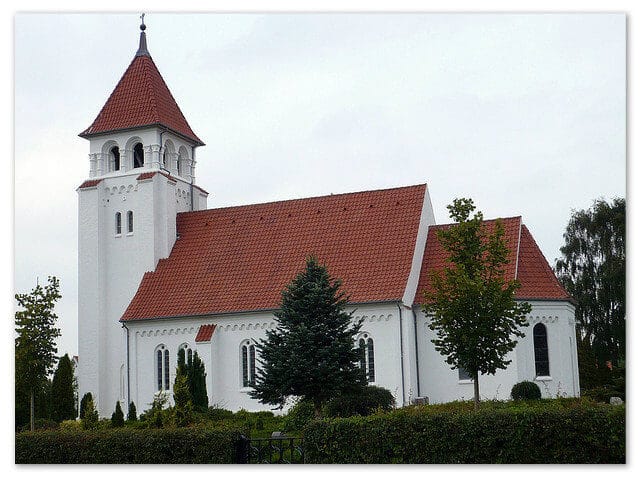 Outside of tradition, religion doesn’t play a huge role, which is why when I first came to visit Canada in 2007 and was introduced to my boyfriend’s extended family and they started praying before dinner, I nearly choked on my chicken wing (I had started eating already as I didn’t know any better). For a second I thought they belonged to some cult and was really freaked out, my bf must have noticed my facial expression because he (gently) kicked me under the table. Then I bowed my head and stared at the floor until it was over, which felt like a long time. A warning would have been nice, and may have made me seem less rude. My husband’s immediate family don’t say grace, but at least I now know how to behave when visiting his extended family.
Adapting to Canadian culture: In Canada not everyone is religious, but some people are. Be respectful and consider that not everyone has to same worldviews as you.

I wrote a little bit about this before, Danes can seem quite rude. There’s no greeting when you walk into a store, there’s barely eye contact. Not sure why it’s like that and if you ask any Danish person they will tell you that they think they are very friendly and polite. If you get them drunk they will be, but not right away. I have always been an outgoing person, who likes to chat to people wherever I go – that’s probably why I was an oddball in Denmark. 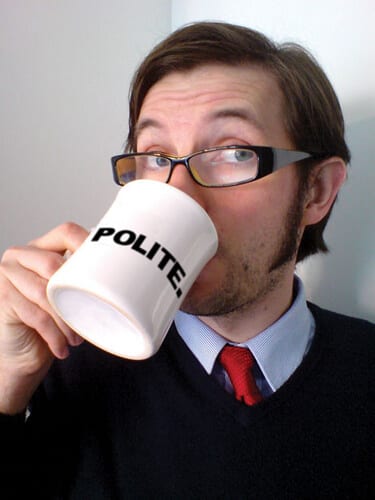 However, when I got here I was blown away by the constant politeness everywhere. At first I thought ‘Oh my, people are so polite and they all want to know how I am doing, isn’t that great?’ and when the checkout lady at Safeway with the vacant look in her eyes said: ‘How’s your day’, I would actually tell her. I later realised that she, and everyone else in the service industry, don’t care all that much about how you are, they are just being fake friendly. That bothered me for a while, but now I do what everyone else does, and simply say: ‘I’m fine, thanks’
Having said that, here people on the street are more likely to suddenly talk to you, or compliment you randomly, especially on a sunny day, and that’s always great because it sometimes means making friends with new people.
Adapting to Canadian culture: ‘How are you’ means hello!

I grew up in a naked household, or maybe it was just a regular Danish household!? We walked around with no clothes on (not all the time, but there was no shame in it). If you go to a park or beach in the summertime in Denmark, there will be topless men and ladies as far as the eye can see. No one cares! (I’ve heard things have changed since I left because people are becoming body conscious and ashamed of themselves, due to the rise of perfect photo-shopped internet bodies, but I am going with my memory here).
If you take a stroll in a city any time of the year in Denmark and look up, it’s not uncommon to see someone change right in front of the window naked. If you took that stroll a few years ago, I could have been in one of those windows.
Not anymore, I live here now and things are very different. Apparently, if women wanted to they could be topless wherever they please, because anything else would be discriminatory, but they choose not to be. There are topless men everywhere, you see, but for whatever reason women here keep their tops on unless they visit a designated nude beach. Not sure why that is, maybe it’s the religious thing I mentioned earlier? 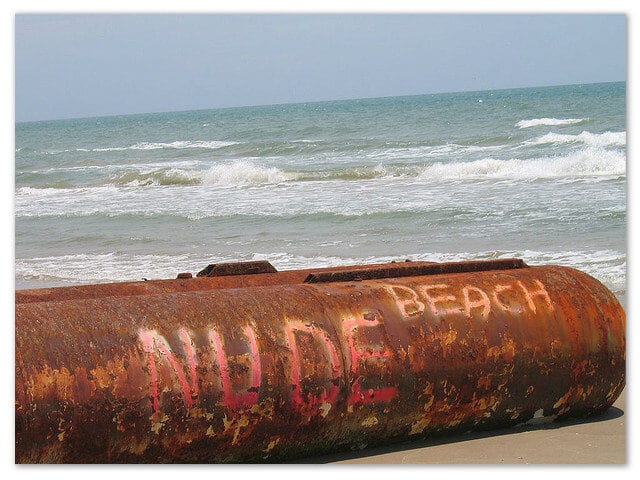 A lot of things are often sexualized,especially on TV, yet nakedness and sex are not talked about as freely here. That takes some getting used to for a Danish person and I have messed up more than once.

Adapting to Canadian culture: Keep your clothes on.

One of my most favourite things about Canada (and North America in general) is the diversity. There are people from everywhere. I love it. It was one of my favourite things about London too. My friends there and here are from all over the world; Ghana, Mozambique, Ireland, Sweden, Germany, India, China, Iran. Some were not born here and others were, being children or grandchildren of immigrants. 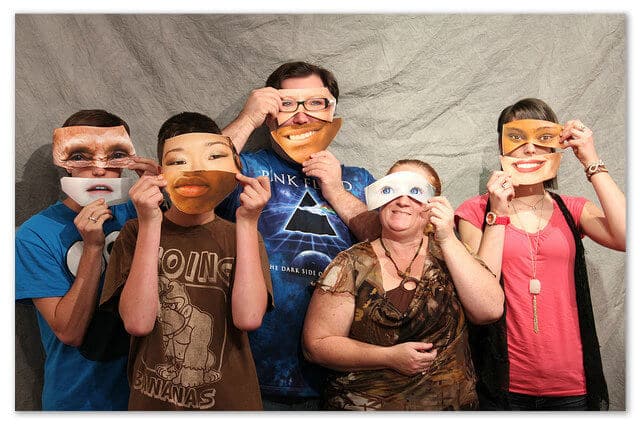 In Copenhagen there are a few pockets of diversity, but outside of Copenhagen people mostly look like me; blonde and blue-eyed. Denmark has quite a large Muslim population from various countries, but people don’t seem to mix with one another, at least not in my experience. That is a great shame and misunderstandings happen. Living in Denmark as a Danish person is amazing, but not sure I’d enjoy it if I was from anywhere else.
Adapting to Canadian culture: One great thing about diversity is that you don’t have to travel very far to learn about other cultures, you just have to ask questions and make friends with people and you’ll learn a lot.

I miss Danish food (fish, potatoes, rye bread, remoulade, leverpostej) and I don’t think I’ll ever get used to North American food. Vancouver isn’t even that bad, since a lot of people here are yoga practising, marathon running health nuts in amazing shape. But healthy food is expensive, so if you don’t have a lot of money you might end up buying colourful boxes with strange and genetically modified contents that will do horrible things to your guts. 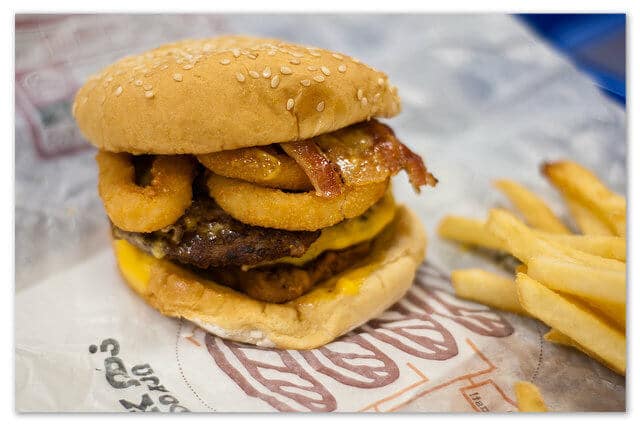 This is one of those things that probably wouldn’t be as bad if I knew how to cook, but I don’t. I need to learn!!! Otherwise I only have myself to blame.
Adapting to Canadian culture: If you move to North America learn to cook. Burgers, fries, chicken wings and donuts are tasty, but may kill you.

The opinions expressed above are mine alone, maybe you agree, maybe you don’t. From living in different countries I have learned that there are pros and cons everywhere. But I am curious about your experiences of adapting to a new culture.
Have you recently moved to another country? Are you finding it hard or easy to adapt? What do you think about it? What do you miss?
Tell me all about it the comments below.

Want to learn a language from content you love?

The Four Language Skills and How to Improve Them